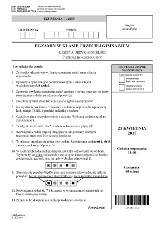 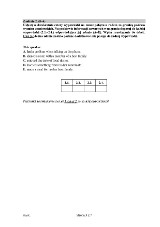 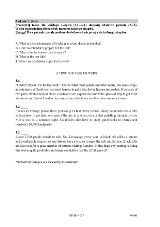 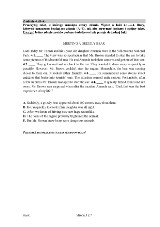 Transkrypcja do zadania 1.
Tekst 1.
Caroline, I didn’t see you at the barbecue yesterday.
Caroline: Mark, you know I don’t like garden parties.
Mark: But it wasn’t in a garden. We were invited to Ben’s houseboat. Didn’t you know?
Caroline: Well, actually, when Ben gave me the invitation, I didn’t even open it. He told me the date and time. He also mentioned his place, so I thought he meant his house and the garden.
Mark: Well, Ben’s family moved last month. They live on a houseboat now.
Caroline: Hmm, then I’m really sorry I missed the party. But how can you have a barbecue on a houseboat?
Mark: I asked the same question, but that was before I saw the boat. It’s quite big and it even has a small open space for a barbecue on the deck. Downstairs, there’s a living room where we danced. At some point we moved the TV set to the kitchen, because some people wanted to see an important match. Anyway, it’s just like a real house. The only difference is that it is on the river. It wasn’t warm enough to swim but still it was the best evening out ever!

Tekst 2.
Presenter: Jordan, you have 4 million viewers on YouTube. What’s your secret?
Jordan: Three years ago I discovered I love science. We moved to a new city but I didn’t get on with my new classmates. I spent all my afternoons at home watching scientific experiments on the Internet and then trying them out. My mum worried about me. The only person who shared my passion for science was Tracy, the girl who lived next door. Once we watched a really complicated experiment and she said, “Jordan, I’m sure we could do better than that!” She suggested she could film me while I was demonstrating and explaining my own experiment. Unfortunately, we had some problems when we were making our first video. The camera stopped a few times for no reason and it took hours to finish filming. What’s important, for my experiments I didn’t use any dangerous chemicals, just everyday household products like soap or milk. I always explained what to do step by step and made sure that my experiments were safe. I think that’s why so many people follow my videos. My classmates also watch them and ask me for advice about their homework. Now I’m not lonely at school any more. 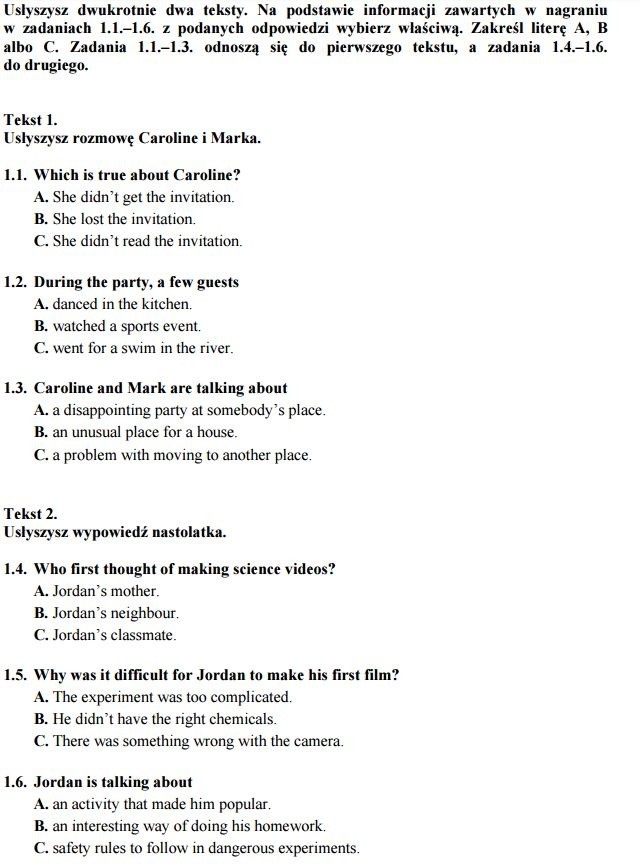 Transkrypcja do zadania 2.
Wypowiedź 1.
Boy: My Spanish host family made me feel really welcome. I had my own room and when they learned I’m a vegetarian, they downloaded several recipes to prepare meals for me. Well, usually the dishes weren’t tasty but it’s the thought that counts, isn’t it? Then one day I decided to cook for them. Everybody loved my pasta with fresh tomatoes.
Wypowiedź 2.
Girl: Last year I went on a student exchange to Sweden. I enjoyed my stay but the food was completely different from what I’m used to. I didn’t like it really. The great thing was that I shared a room with a girl from Austria so I improved my German a bit. We’ve been in touch by phone and email since then. Who knows, I might visit her when I go skiing in Austria next year.
Wypowiedź 3.
Boy: My Portuguese host family was really fantastic. They tried so much to help me in every possible way. I had a big room to myself, we went sightseeing together, and when someone stole my mobile, they made arrangements to get me another one so that I could contact my friends and family. Every day I came back to a delicious homemade dinner and fell in love with Portuguese food. What more could you want?
Wypowiedź 4.
Girl: When I met my French host family, I couldn’t understand them at all. After two days I got used to their accents but when I rang them up one day, they didn’t know what I was saying and we had to text instead. They tried to teach me new words but we talked mainly at mealtimes in the evening and it wasn’t enough. It’s a pity I didn’t share a room with somebody. Then my French would be better now. 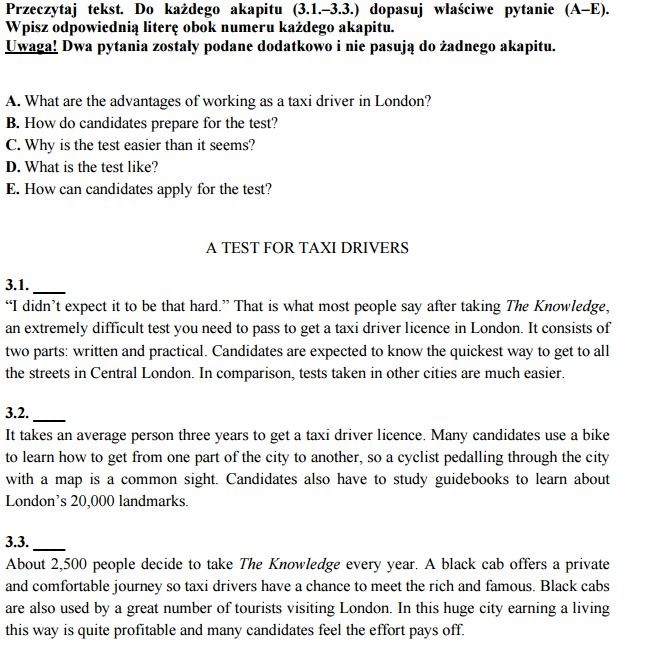 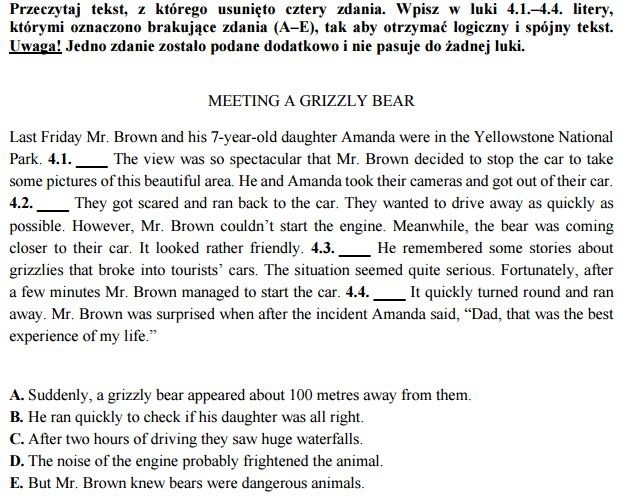 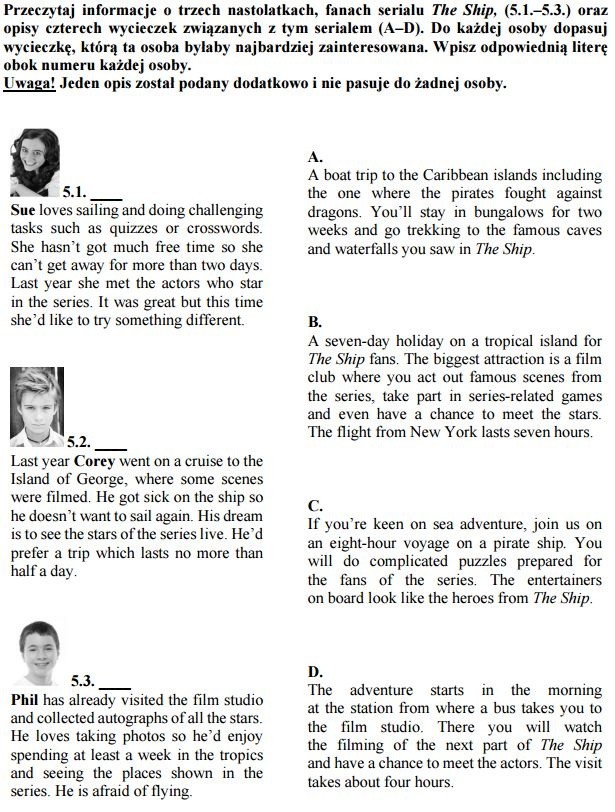 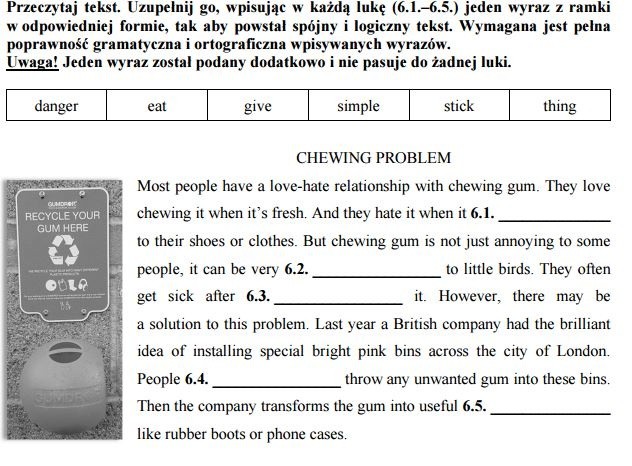 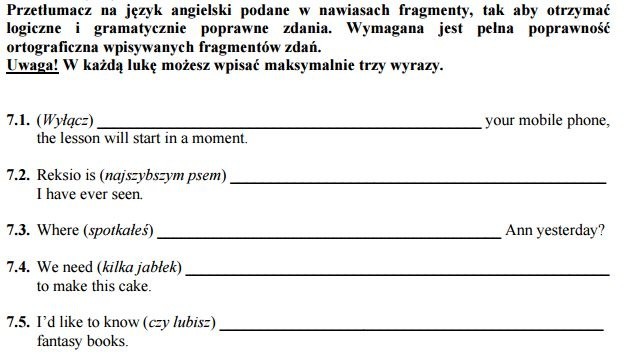 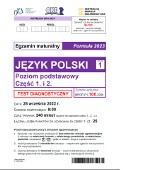 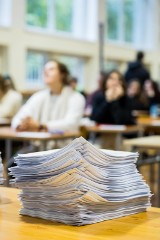 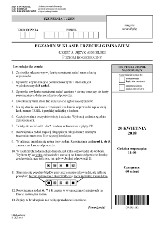 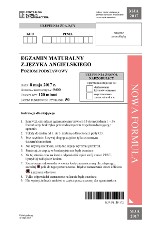