Lapland is a magical place where the sun does not set in the summertime and dancing lights appear in the skies during winter. With much of Lapland lying above the Arctic Circle, it is also a region of extremes. In winter there’s extreme stillness and darkness, and in the summer extreme daylight… but all year round, Lapland is a place of extreme natural beauty.

A sea of green covers much of Lapland in the form of endless forests of pine and evergreen trees, particularly abundant in the southern part of the region. In northern Lapland, trees are scarcer and up in the mountains the land is completely barren and empty. The massive size of this barely populated region means that humans rarely set foot on much of the woodland areas, or paddle on lakes and rivers for most of the year.

The forests of Lapland are places of numerous living creatures, but unfortunately no polar bears can be spotted. Some of the animals that you can find in the northern region include brown bears, wolves, deer and moose, all of which are strictly protected under nature preservation act. It means you are not likely to come across hunters looking for their prey.

The wildlife most associated with Lapland is reindeer. There are roughly 200.000 reindeer roaming around the forests of Lapland, which serve as their grazing grounds. It is not uncommon to see them grazing on the side of the roads when driving along the vast distances of Lapland in the summertime. Once considered wild creatures, over the centuries, they have become semi-domesticated and nowadays the entire population is controlled and administered by local herders.

A common occurrence in Lapland that appears almost every night during the winter time are northern lights. Aurora borealis, polar fires, dancing spirits - whatever the natives call it, they all correspond to this special night phenomena visible in the Circumpolar North. However, whether people can see them or not depends on the cloud cover and how strong the lights are compared to the surrounding city light.

Adapted from “A magical place", the University of Lapland promotional brochure 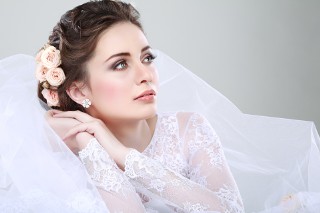