Our guest today is doctor Lena Johnson, a sociologist at the University of Edinburgh.

Dr Johnson, your recent publication treats about tendencies in the contemporary job market. Could you brief us on your latest observations and conclusions?
I have been investigating the tendencies on the global job market for many years. But for the first time, the main concern of my latest research is the situation of today’s youth in relation to their job perspectives. The future belongs to the young, but it’s hard to predict in what way. I won’t give you any accurate forecast for the coming months or years and I’m not able to come up with any sensible advice. What I found in my studies is that unemployment rates decrease with age. Youth unemployment in the EU, which is facing quite a severe crisis now, has climbed to 20 per cent on balance, with only few member states noting percentages lower than this average.

What is to blame for this situation? Are there any common European tendencies? And do employers take advantage of that?
The reasons for youth unemployment are the same in different EU countries: inadequate work supply and enormous demand for it do not match up and though young people’s education is more than sufficient, it is not reinforced by adequate job experience that employers value most. My survey shows employers hardly take advantage of the young seeking employment. In fact, most businesses have been investing in their recruits’ professional development, especially those who graduate from universities and colleges.

Would you say, Dr Johnson, that across the EU there is a similar strategy to tackle the problem?
The response to youth unemployment has taken lots of different forms across the whole EU. In England, the government has distributed funding for organizations that will enable them to create jobs for young people. In Hungary educational policy has been modified to better reflect the needs of the job market. But Finland exceeded them with new forms of subsidized employment. It means that the Finnish government gave additional money to those employers who decided to hire young workers. However, most of the governments’ reactions to the problem of youth unemployment have been rather insignificant. Of course, the governments in all member states produced reports, conducted studies, recommended measures but, regrettably, few of them have been put into practice. Overall, my research shows, most of the EU states are yet to introduce changes that would produce desirable effects.

Is high youth unemployment rate a problem exclusive to Europe? Did you investigate any other, perhaps more exotic job markets?
In fact, yes. Among the other countries struggling with youth unemployment are the Arab states. The studies I conducted show that the situation there stems from demographic structure that has been relatively steady for a long time and which differs radically from that in Europe. The proportion of young people in Arab societies is very large and on the other hand, life expectancy is lower. The number of unemployed young Arab men is very high and it is them who are soon most likely to start more revolutions or even get involved in terrorist activities. For instance, the recent political disturbance that erupted in Tunisia had been prompted by youth unemployment. Ironically, I can say that while a lack of work has led to exclusion and apathy in Europe, the consequences in the Arab countries have been exactly the opposite - involvement.
Thank you, Dr Johnson for being with us. 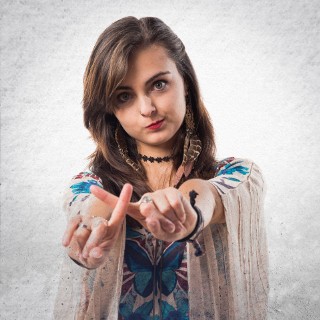